Home>Blog>Life is short . We can live it lost in thought, or we can choose to be here and now 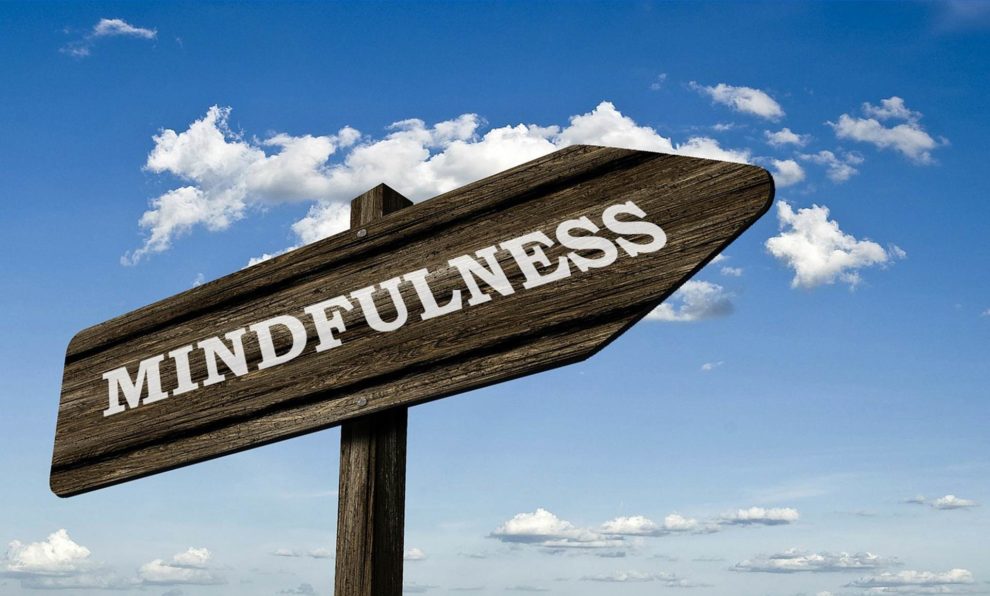 A Hindu View of Mastering Mindfulness

While mindfulness has been redefined for popular secular purposes, its original spiritual intention remains unchanged

Mindfulness. yoga. meditation. as similar as they are, they have important differences. Of them all, mindfulness is in the ascendant in popular culture, though the others have built up a larger following over time. A Google search yields 1.2 billion hits for yoga, 415 million for meditation and 207 million for mindfulness. As is commonly known, yoga originated in and is still an integral part of Hinduism, though in today’s popular culture it is viewed as a secular practice generally limited to stress reduction and physical health. Originally, and still today in India, it had a more profound spiritual role as a comprehensive eightfold discipline known as raja yoga. Mindfulness has followed a similar path. With origins in Hinduism, it became a key element in Buddhist meditation, and in today’s mainstream culture it is largely regarded as a non-spiritual practice, used to support emotion management, reduce stress and focus the mind.

In the Hindu approach, emotional management, stress reduction, and enhanced mental focus are also important goals. However, they are beginning-level goals. The Sanskrit term Smriti, which means remembering, speaks of the idea of being mindful, remembering ourselves and our relationship with what we are aware of, being present to that. Mindfulness is a preparatory practice for raja yoga, which leads to the advanced attainment of higher states of consciousness and, ultimately, union with the Divine as the omnipresent and loving consciousness within us. These mystical states are not part of today’s secular definition of mindfulness.

An article in April 5, 2019, New York Times shows how far mindfulness training has drifted from its Hindu meditative roots: “Mindfulness—the practice of using breathing techniques, similar to those in meditation, to gain focus and reduce distraction—is inching into the military in the United States and those of a handful of other nations. This winter, Army infantry soldiers at Schofield Barracks in Hawaii began using mindfulness to improve shooting skills—for instance, focusing on when to pull the trigger amid the chaos to avoid unnecessary civilian harm.” The article goes on to list a few other countries that are also providing this training to their military. There is mindfulness for elite athletes, for actors in films, for Michelin chefs and for three-year-olds in daycare. It is both tragic and ironic that this spiritual discipline has been repurposed as a tool for training soldiers to shoot the enemy better. What exactly is mindfulness? The Positive Psychology Program, The Netherlands, offers a terse definition: “Mindfulness is attention in the here and now.” Said another way, it is directing our full attention to what is going on in the present moment without letting the mind think about or be distracted by something else. For example, in performing simple chores such as making a meal or washing the car, the full mind is on that task. In listening to a friend explain what he or she did yesterday, we focus 100% of our mind on what is being said, not allowing ourselves to think about something else at the same time. While eating a meal, we focus on experiencing the different tastes and textures of each dish.

In the teachings of my guru, Sivaya Subramuniyswami, attention is the first step of the progressive mental practices of raja yoga, which he defined as attention, concentration, meditation, contemplation, and Self Realization. described attention as holding awareness steady, centralized in only one area of the mind. “Attention is awareness poised like a hummingbird over a flower. It doesn’t move. The flower doesn’t move, and awareness becomes aware of the flower—poised. The entire nerve system of the physical body and the functions of breath have to be at a certain rhythm in order for awareness to remain poised like a hummingbird over a flower. Now, since the physical body and our breath have never really been disciplined in any way, we have to begin by breathing rhythmically and diaphragmatically, so that we breathe out the same number of counts as we breathe in. After we do this over a long period of time—and you can start now—then the body becomes trained, the external nerve system becomes trained, responds, and awareness is held at attention.”

Here is a mindfulness exercise that involves detailed observation of our environment. Take a walk, ideally in nature. Notice every detail that you can about what you see. Perhaps you have had the experience of walking with a young child who spontaneously described details that you hadn’t noticed. Young children have keen powers of observation because their intellect is not overactive nor have they accumulated excessive burdens of unresolved past experiences that consume adult minds and memories. We can try to be like children by noticing as many details as possible. The practice of mindfulness is integral to success in meditation. The common experience of beginning meditators is that thoughts go all over the place, with the meditator unable to quiet them. So, instead of meditation being a quiet pond, it is a stormy sea. The ability to control our thoughts can be compared to utilizing a muscle. To make a muscle stronger requires exercising it on a regular basis. The more we use it, the stronger it gets. The ability to control the mind is the same. The more we control our thoughts, the stronger our ability to do so. If we can control our thoughts during ordinary daily activities, say for eight hours a day, then we have put in a great deal more effort than we do‑ during a thirty-minute meditation. Sixteen times as much exercise. This will definitely accelerate the speed at which we are becoming better at controlling our thoughts!

Our definition of mindfulness uses the term “here and now” to describe the present moment. The past can be described similarly as the “there and then,” and the future as the “where and when.” Many individuals habitually spend a significant amount of time thinking about the past and future, thoughts that result in no positive benefit. These journeys into the “there and then” and the “where and when” are a waste of mental energy and increase our level of worry and stress. Such thoughts are counterproductive to being present in the “here and now.”

Gurudeva gave a helpful practice for reducing these pulls to past and future: “It’s easy to live in the now if you work with yourself a little every day and concentrate on what you are doing each moment. To begin to work toward establishing yourself in the eternal now, first, limit time and space by not thinking about or discussing events that happened more than four days past or will happen more than four days in the future. This keeps awareness reined in, focused. Be aware. Ask yourself, ‘Am I fully aware of myself and what I’m doing right now?’”

He then takes the exercise a step deeper. “Once you have gained a little control of awareness in this way, try to sit quietly each day and just be. Don’t think. Don’t plan. Don’t remember. Just sit and be in the now. That’s not as simple as it sounds, for we are accustomed to novelty and constant activity in the mind and not to the simplicity of being. Just sit and be the energy in your spine and head. …Don’t think about yesterday or tomorrow. They don’t exist, except in your ability to reconstruct the yesterdays and to create the tomorrows. Now is the only time.”

Sitting quietly in the present moment can put us in tune with a deeper part of our nature—our intuition. During such quiet moments, we can have intuitive insights, such as clearly seeing patterns in our lives and in the lives of others. For example, we may find that in taking on a new project we do so with great enthusiasm but as soon as we encounter the first major obstacle we become negative and give up. Armed with this insight, we can work to create a new habit of persevering in our endeavors when faced with obstacles. Sitting quietly, in touch with our intuitive or soul nature, also has the benefit of feeling at peace with ourselves, more content with our situation in life and more accepting of the experiences we are undergoing. Freed of the past, unfazed by the future, we live in the security of the present, the eternal now.

Rishi Patanjali in his Yoga Sutras defines yoga as the restraint of mental activities. This is usually thought of as a discipline that applies only during meditation. The traditional Hindu concept of mindfulness expands that idea to include restraining the movements of the mind during our everyday activities. Clearly, the more mindful we are, the easier it is to quiet the mind during meditation, which will lead to profound experiences of our intuitive soul nature.

Reproduced with permission from Hinduism Today.

The comments are owned by the author. We aren’t responsible for their content.